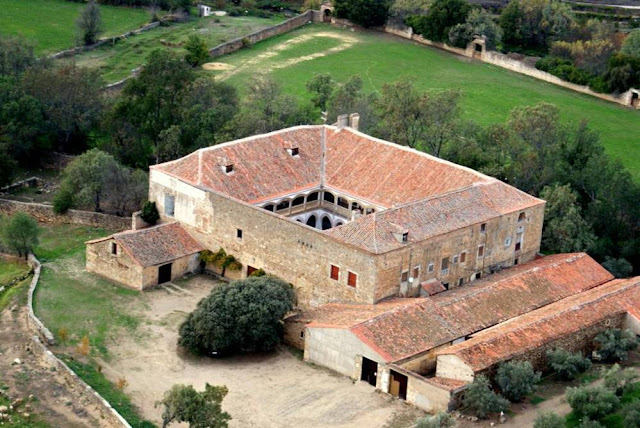 Abadía is on the river Ambroz, located in the middle of pastures on the upper side of the Ambroz valley with breath taking views of the surrounding mountains.

It is a village with a rich cultural variety; A medieval bridge, the Sotofermoso Palace (also called the Palace of the Dukes of Alba) and the Bien Parada Convent.

The Sotofermoso Palace was declared a Historic Artistic Site in 1931.

Originally built as a stronghold during the 12th century, after the triumph of the Christians against the Moors it was given to the Templar order. 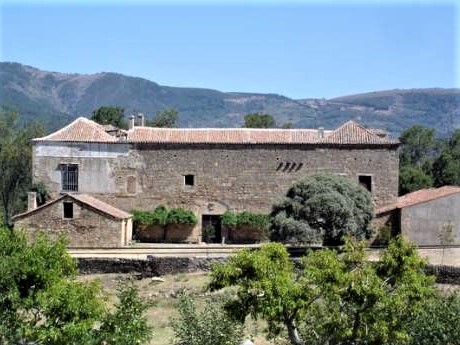 In the 16th century the palace was remodelled by the third Duke of Alba, Fernando Álvarez de Toledo, to include a splendid Mudejar style cloister and  Italianate renaissance gardens including a replica of the principle piazza of Naples no less.

The Alba family were some of the principle members of the Spanish royal court and would entertain various monarchs here throughout the following centuries. Also celebrated writers and artists would be invited to stay e.g. Garcilaso de la Vega and Lope de Vega both great writers during the golden age of Spanish baroque literature.

The fabulous cloister in the Mudejar style in an excellent state of conservation. 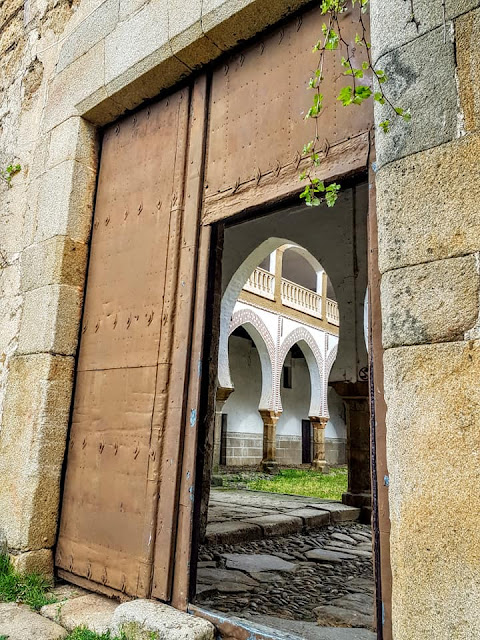 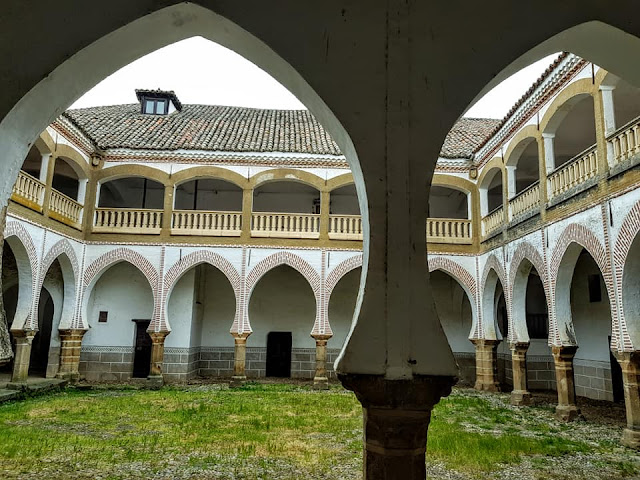 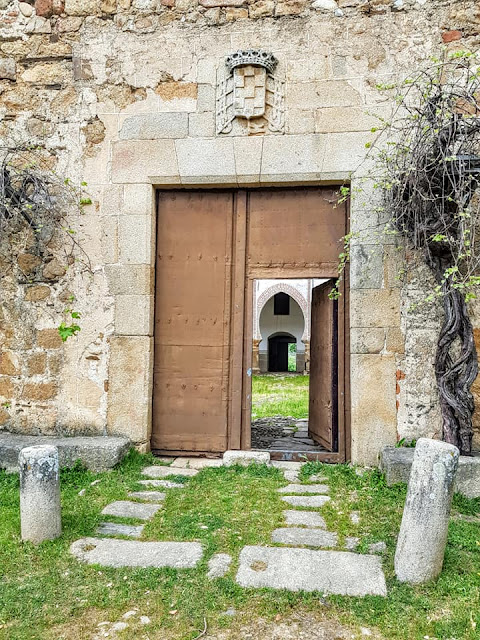 The elaborate garden is now unfortunately in a state of neglect. 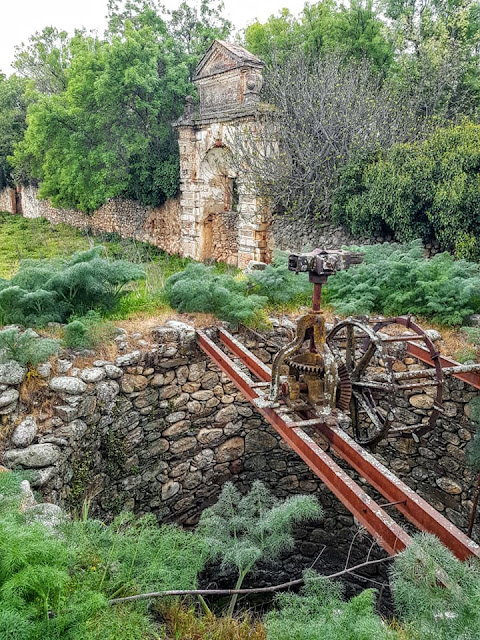 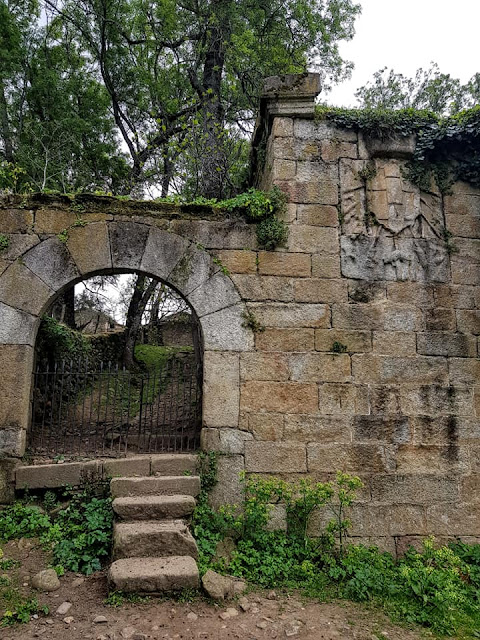 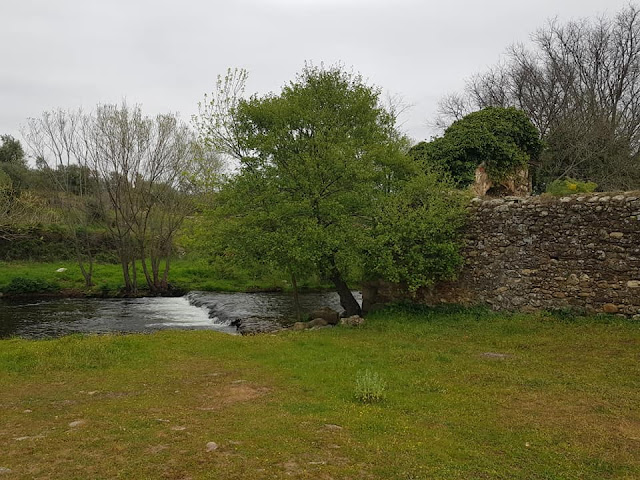 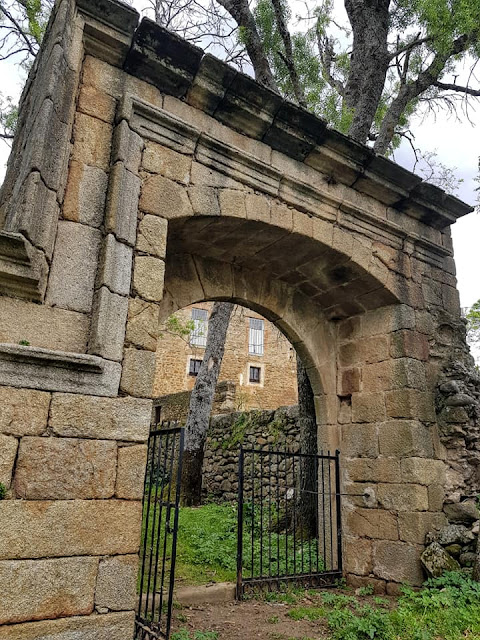 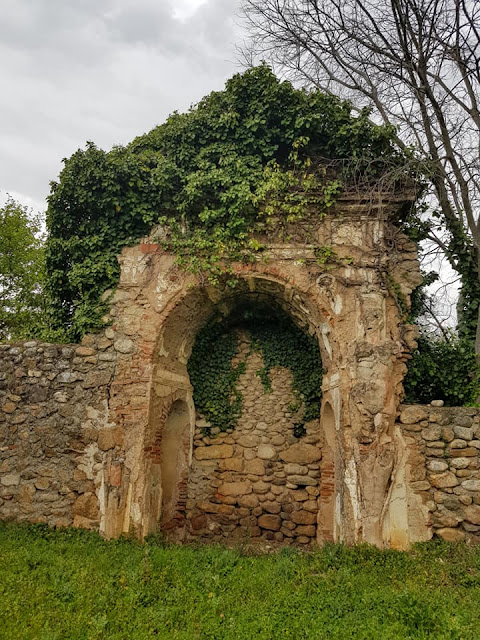 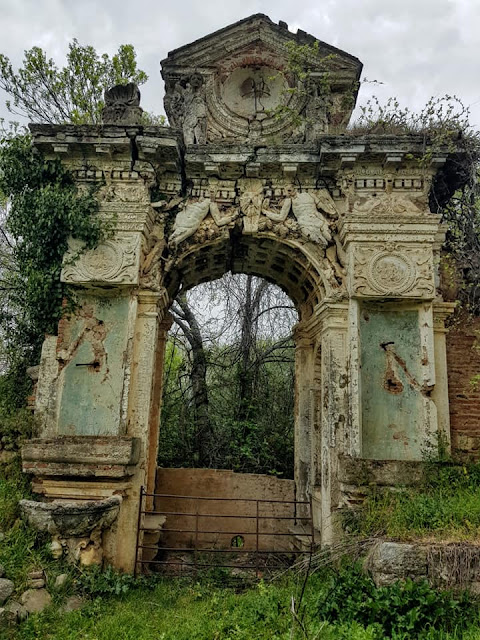 Six beautiful portals overlooked the Ambroz River, originally with wooden doors that could be opened to enjoy the panorama, they are now cracked and strangled by vegetation, a great pity.

There are some original statues now moved into the cloisters 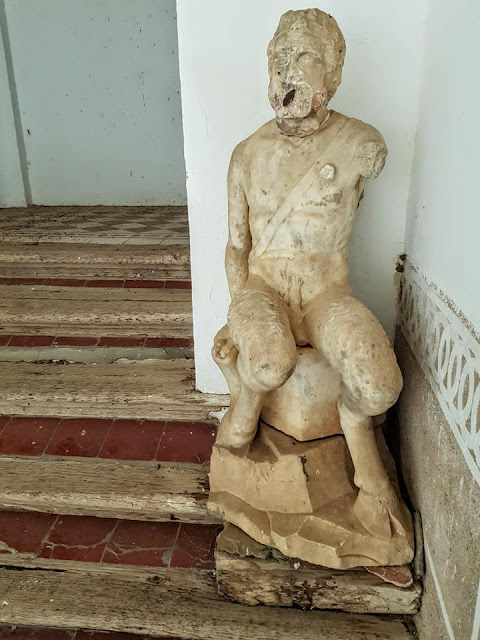 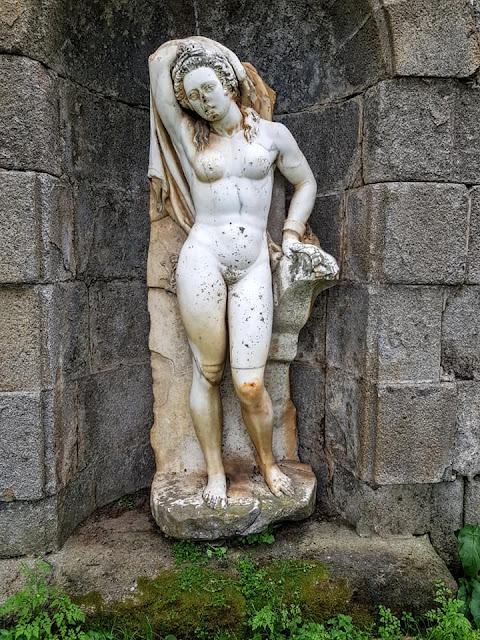 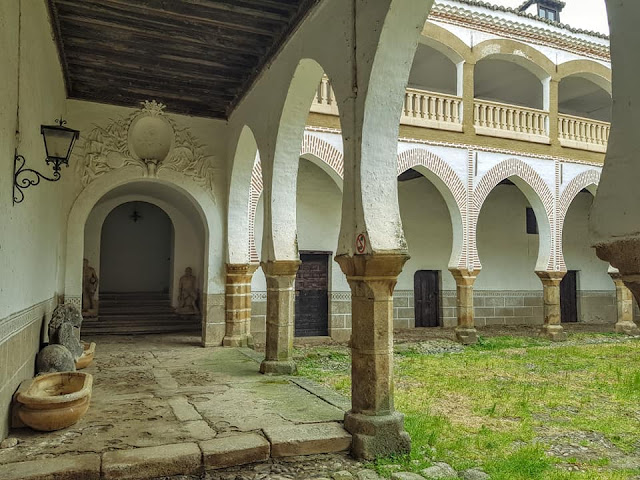 Email ThisBlogThis!Share to TwitterShare to FacebookShare to Pinterest
Labels: Excursion from Finca al-manzil, Extremadura, history, things to do, Walking Through the Centuries