Arranged a visit here last Tuesday, well worth the short trip, some good views of the Guadiana beyond the well know stretch at Merida. I suppose this was another reason for the position of this 1st century Roman villa, only 30 kms from Merida to Barbaño for river transport between the Roman settlements.

The site of the Roman Villa, Torre Águila, near the village of Barbaño, Badajoz is one of the most representative examples of rural Roman settlement in the fertile Vegas Bajas del Guadiana. 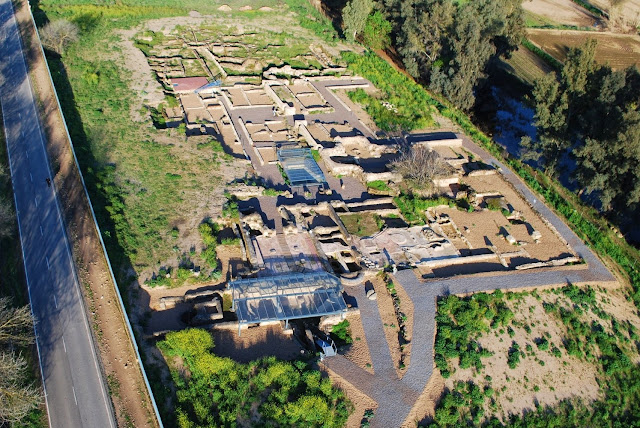 Aerial view of the Roman Villa of Torre Águila

The Villa has an intriguing history starting with its foundation 2000 years ago.

The surrounding scenery was very different from the irrigated landscape of today. The land was mainly planted with the newly imported olive trees, vines and cereal crops.

Built on a slight elevation the Villa was protected from the annual floods of the Guadiana, then known as Flumen Anas, the "River of Ducks". During the Moorish occupation and settlement, the name was extended and referred to as Wadi Ana, Wadi being the Arab term for river. Known later as the Ouadiana, and later just Odiana. Since the 16th century, due to Castilian influences, the name has slowly evolved to take on the form Guadiana.

The site is very close to the important Roman road linking Merida with Lisbon, a strategic site for the foundation of a Roman settlement. 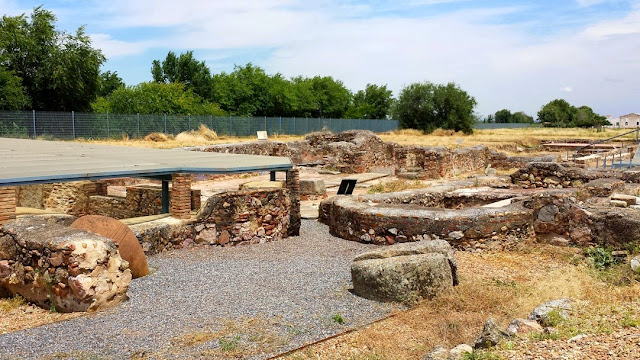 The discovery of the site  occurred by chance, when some land was levelled to install irrigation.  The baths from the first period of the town were nearly destroyed before it was realized what lay under the earth.

The first excavations and studies were carried out in 1984, by Dr. Germán Rodríguez. Throughout these years, important findings have been discovered about the construction and the inhabitants of the town. It is a worldwide benchmark for the study of Roman villas.

The land that the villa occupies is about 30,000 m² and currently only one third has been excavated. It is hoped that when the excavations are continued there will be very interesting new discoveries adding to the current data. Dr. Germán Rodríguez says "The best of Torre Águila is yet to come."

Until now numerous domestic, industrial and religious constructions have been located. It is a site that has been populated from first to eighth centuries by different cultures. There are three fundamental phases.

It is thought that among its first inhabitants was an Italian family, they built a sophisticated house using decorative materials. Some elements of Northern Italian tableware have been found. Few rooms are preserved from this phase, but an underground room with functions of a cellar or barn stands out, which is supposed to be accessed with a wooden staircase. The walls built with limestone blocks, avoid the presence of insects and rodents. 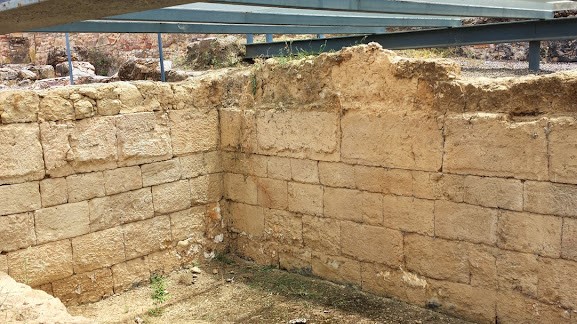 There were major reforms resulting in  large rustic villa. The remains dedicated to olive and wine processing reveal one of the most complete wineries and oil mills in Roman Hispania, allowing us to get a clear idea of ​​the pressing, decanting and depositing process of the wine. Also noteworthy is the thermal complex, so important in Roman life, with a hipocaustum ,floor heating system, caldarium,hot water bath, tepidarium warm water bath and laconium, steam bath. The jewel of the archaeological site is a summer room which  is exceptionally complete with the entire ceiling. It is an underground room (triclinium) used to mitigate the summer heat. In the upper part there is a small semi-circular window, which illuminates the room. 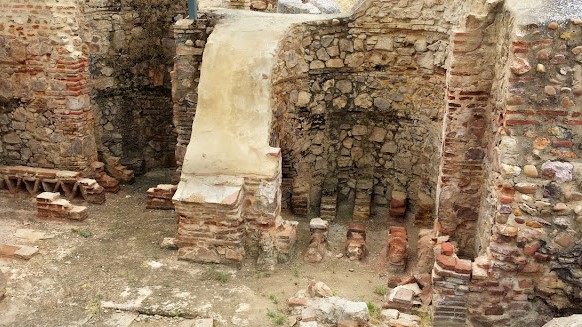 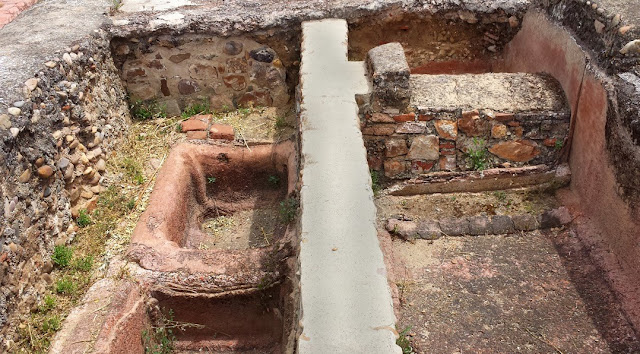 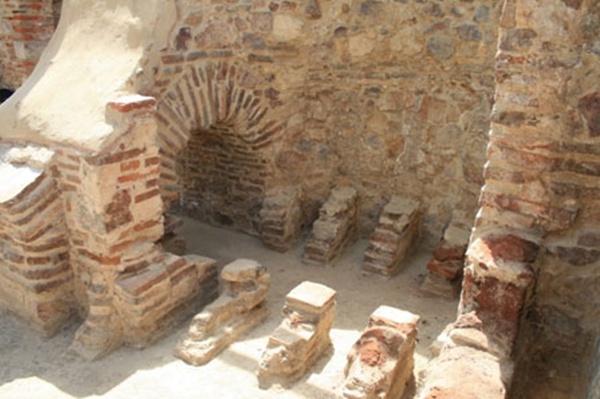 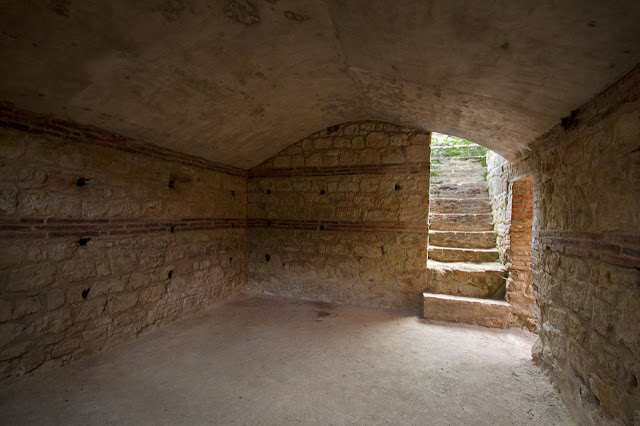 After a process of total abandonment, the villa resurfaces with the structure of a more monumental complex, demonstrating the power of the owner with a sumptuous house. The octagonal room and the improvements to thermal rooms stand out from this stage, with the addition of a large apoditerium ,dressing room . At this stage, a building with religious functions is built and an important necropolis will arise in its surroundings, which in later centuries (7th and 8th centuries) came to occupy a large part of the town that was already in ruins. 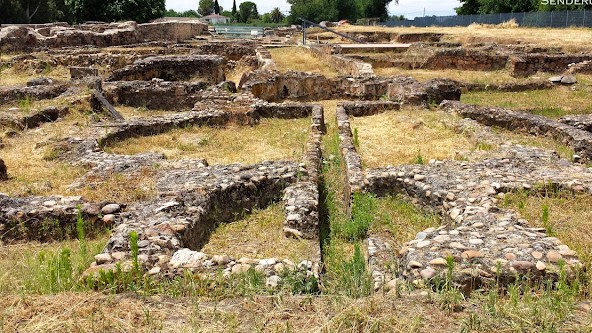 Abandonment and deterioration of the Villa

The epidemics and the subsequent Arab invasions of 6th and 7th centuries caused the abandonment and ruin of the Villa.  Many of the marble statues and ornaments are thought to have been destroyed and turned to lime in times of epidemics.

After the Christian Reconquest among the ruins was found a dark wooden figure which became the Virgin of Barbaño (Bar = daughter and Anna = Guadiana river) It is in the style of the Virgin of Guadalupe from the XIII century. An Ermita was built by the order of Santiago to house the figure.

old map the area of ​​the Villa  appears marked as "The Treasure"We can imagine the reasons for this name is  because of the amount of objects and treasures that would have been found during the centuries before the modern excavation.

Since the discovery, some 11,000 pieces of varied use have appeared, agricultural tools, skylights, crockery, plates, ornaments, needles, containers for ointments and perfumes. Most are in the Provincial Archaeological Museum of Badajoz and some in the Museum of Roman Art in  Mérida (Badajoz). Some of these pieces are:

A  beautiful fibula, with a stylized shapes of eagles made of gilt bronze, 9.5 cm long and 3 cm wide. Fibulae are pieces of decoration and personal prestige, which were used symmetrically on the shoulders or in the belt area as buckles. The beak is very curved, the eye is formed by a blue vitreous paste. It has a central domed shield in the shape of an almond. It is magnificent  example of Visigoth  goldsmith work of the “cloisonné” type (6th century AD). There are only 6 of this type in the whole world. 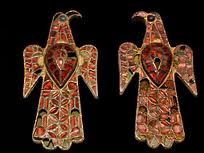 Dating from the second century, there is a bronze fountain sconce, which represents a tragic theatrical mask, and which constituted the fountain spout, possibly attached to a wall. The water came out of the mouth. It is currently in the Museum of Roman Art in Mérida (Badajoz). 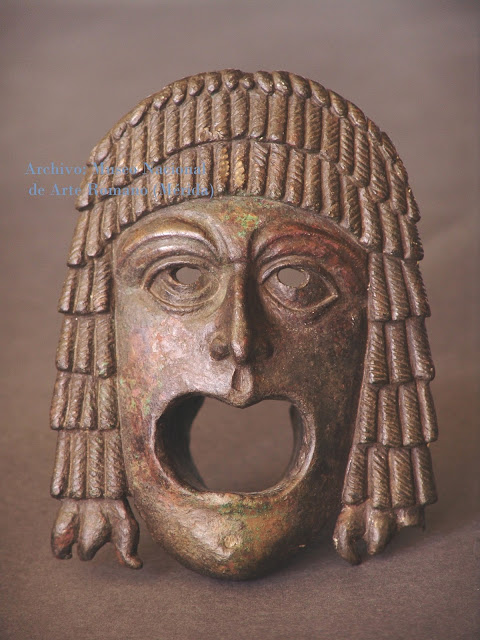 The successive reforms that the town has undergone meant the deterioration and the scarcity of mosaics, but it is thought that at this stage there were rooms with rich polychrome floors. To date, only one mosaic has been found that is preserved underground. It is a geometric design with floral motifs and concentric circles. 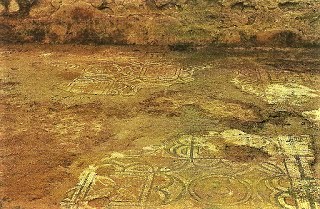 A Milestone from the time of Constantine which preserves part of an allusive inscription to Magnetius, one of the usurpers of the Lower Empire (350-353 AD). 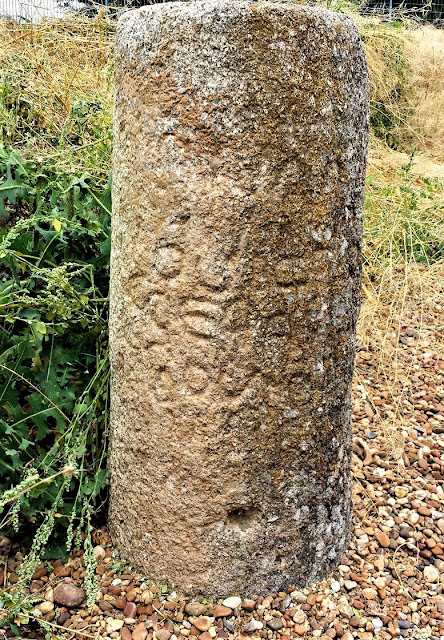 The area to the northeast of the peristyle was used as a necropolis, with different burial structures of the different stages. The mean age of life was 35-38 years for women and 37-39 for men. The oldest found are Maxsomma and Dulcisus, with 81 and 93 years respectively. Inscriptions can be read on the marble tombstones, where three proper names appear. Maxsoomma and Dulcisus could be married couple and Epundius the dedicator of the inscription. It is currently in the Montijo City Council (Badajoz). 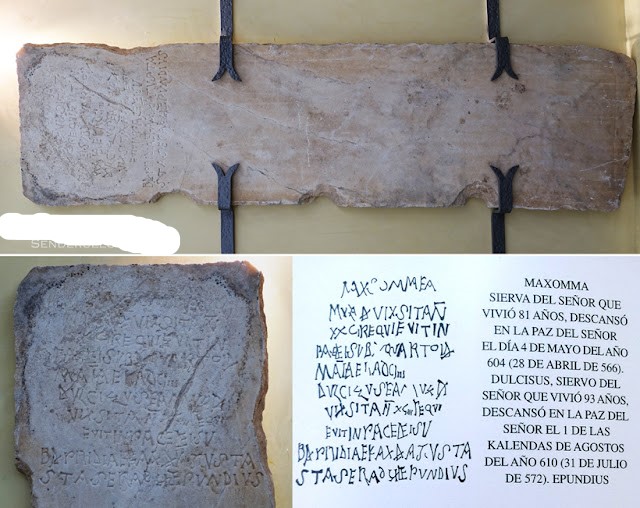 Visits to the site of the Roman Villa of Torre Águila

The Barbaño ayuntamiento and the Association of Friends of the Roman Villa of Torre Águila care about its conservation and enhancement. They offer guided tours. The site is usually closed, a visit must be arranged in advance by calling 924 449 431.

his site could be an important tourist resource for the region of Las Vegas Bajas del Guadiana and for Barbaño, which has held the Roman Amnis Callis Festival for several years in June.  It is a lively Festival, which with few resources but with great involvement of the inhabitants of Barbaño, offers many activities to visitors. Its main objective is to promote the Villa de Torre Águila, offering guided tours during the festival.

The Villa de Torre Águila, in Barbaño can be easily reached, the road is paved up to the entrance. From the Madrid-Lisbon highway, take exit 365 (Montijo- Puebla de la Calzada) and when crossing the bridge over the Guadiana River, take the first deviation to the right, which leads to Barbaño, the site is just before the village on the right.

Email ThisBlogThis!Share to TwitterShare to FacebookShare to Pinterest
Labels: Walking Through the Centuries