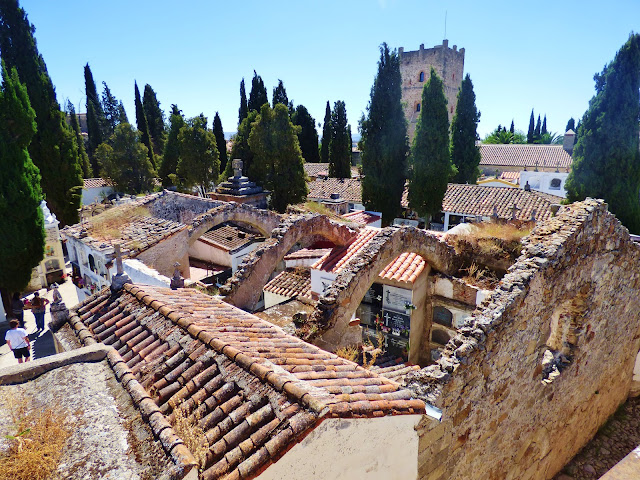 A hot summer morning for a shady walk around the Vera Cruz cemetery of Trujillo with sound effects from mournful moaning doves.
Labyrinthine paths are lined with tombs, burial niches and mausoleums under the shadow of magnificent Cyprus trees. The area is extensive and can be seen best from the walk along the outer defensive wall near the Puerta del Triunfo which was where the Christian army breached the Moorish walls and re-conquered the city in 1232. Very soon after the church of Vera Cruz was built just inside the wall, it flourished for five centuries until destruction by Napoleonic troops in 1809. It was on the site of the ruined 13th century church and surrounding grounds that the cemetery was started in the middle of the 19th century.
Well worth a visit for the tranquil atmosphere and fascination of seeing all the family names recorded here, some unusual ones such as "Familia O' Mullony".
The sealed niches and mausoleums with inscribed plaques were an interesting record but did not feel particularly melancholy or eerie whereas the dark underground tombs with shelves of stone caskets exposed by propped up trap doors were a little more poignant on such a sunny day. 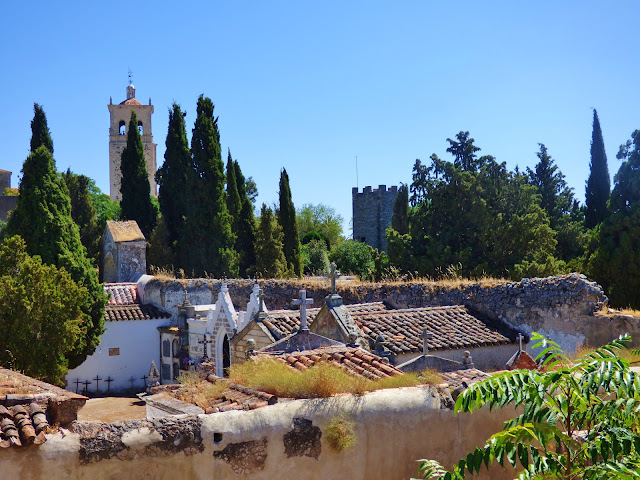 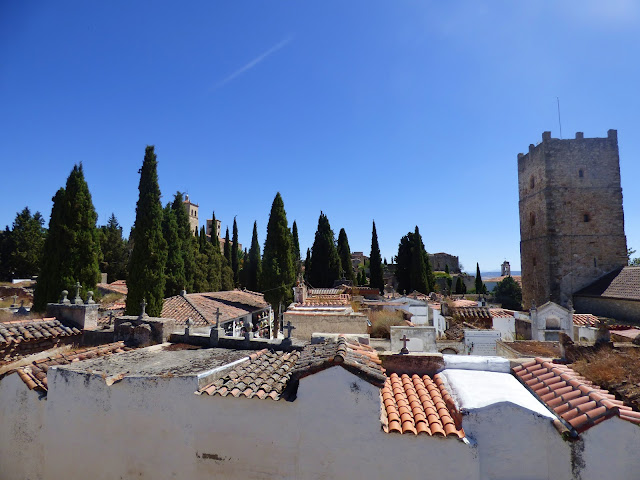 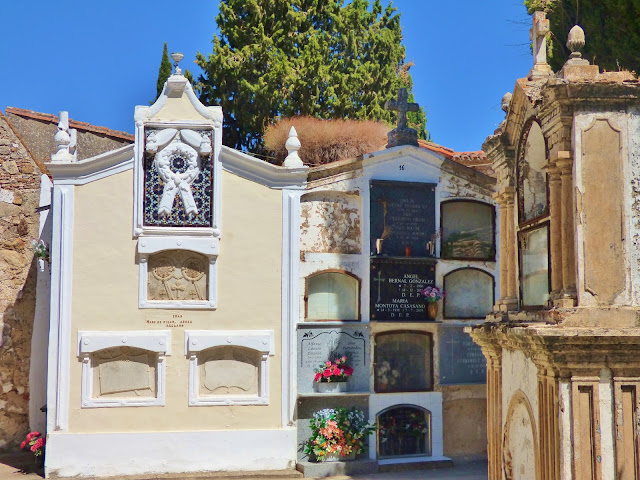 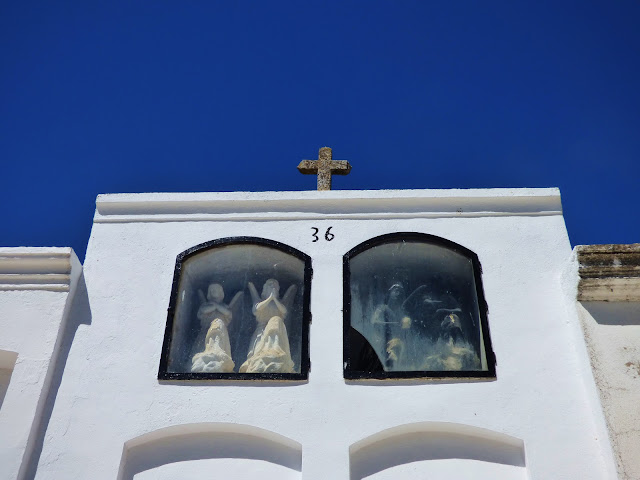 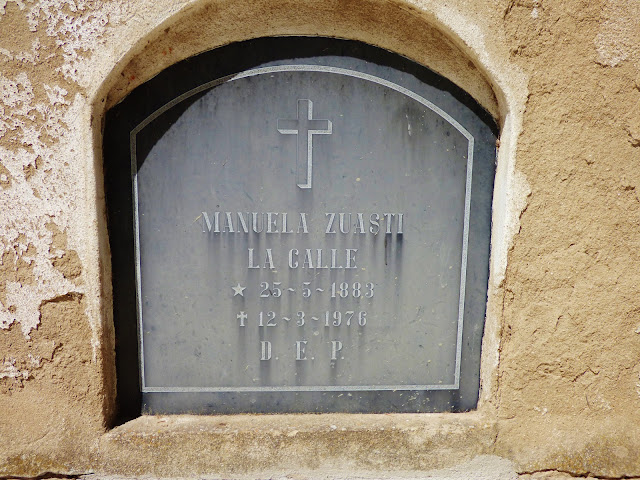 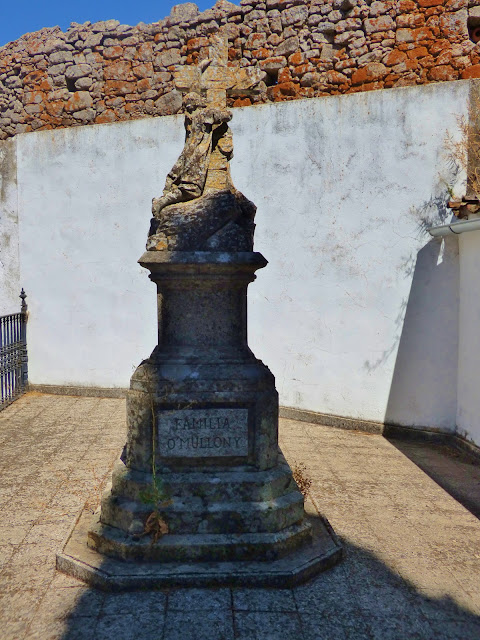 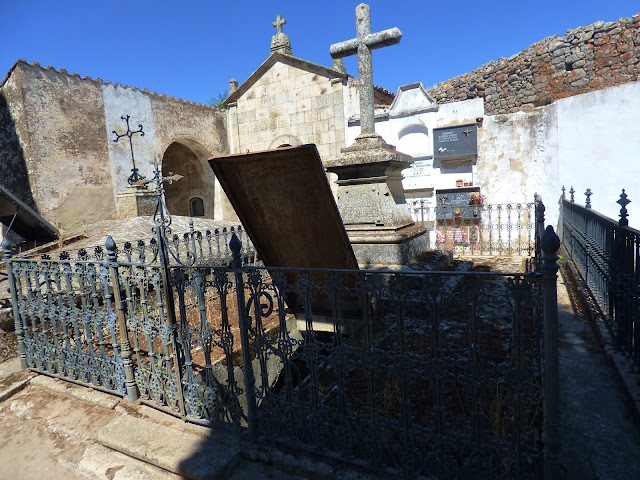 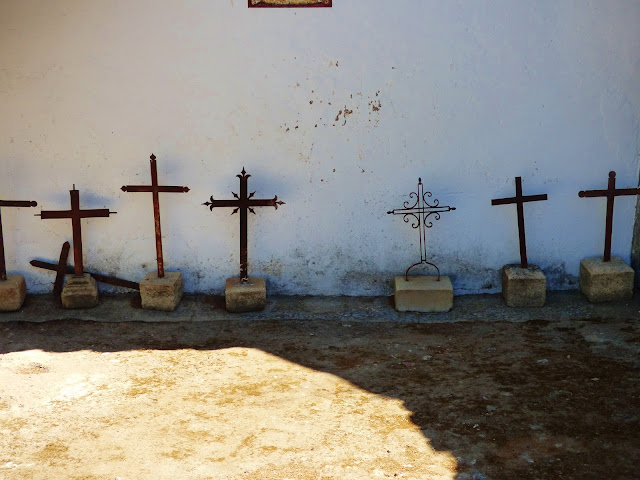 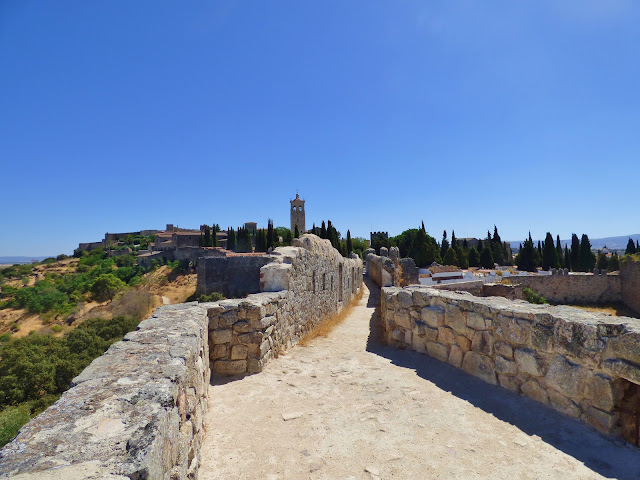