As waters at the Embalse de Valedecanas, outside Peraleda de la Mata in the Caceres province receded due to the current drought, a circle of megalithic standing stones emerged from the deep.
The stones, that date from the second and third millennium BC, form the site of a sun temple on the banks of the River Tagus and were last seen by locals six decades ago before the area was flooded during the Franco-era to create a reservoir.
Excited locals have been making trips out to view the stones that had formed a part of local legend. 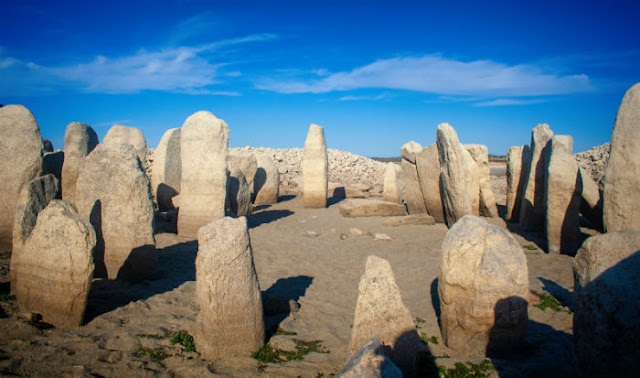 The collection of 144 stones, some of which reach two metres high and have engravings of serpents, are arranged in circles, but like Stonehenge, it is unclear exactly who put them there and for what purpose.
The site would have been created over thousands of years, using granite transported from kilometres away.Similar to Stonehenge, they formed a sun temple and burial ground. They seemed to have a religious but also economic purpose, being at one of the few points of the river where it was possible to cross, so it was a sort of trading hub. The stones began to emerge from the receding waters earlier this summer and now stand on dry land, for now.
There has been no rain this summer, the drought and also a policy of extracting water to send to Portugal has combined to lower the water table and reveal the stones but that can all change very quickly once the autumn rains start. 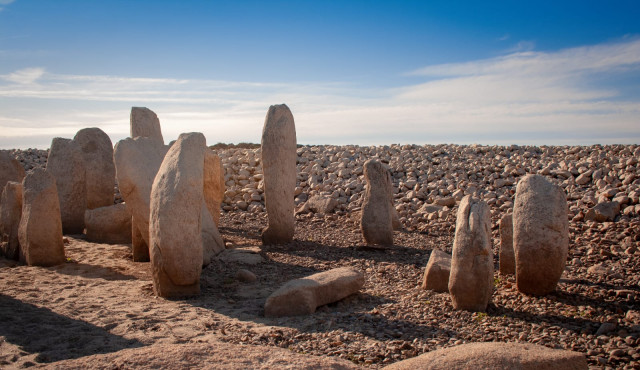 There is a  group of local residents campaigning to move the stones to a site on dry land before the waters rise again and they are lost. They say “If we miss this chance it could be years before they are revealed again and the stones, which are granite and therefore porous, are already showing signs of erosion and cracking, so if we don't act now it could be too late.”
They hope that the regional government of Extremadura will step in to move the stones within weeks to a nearby site. 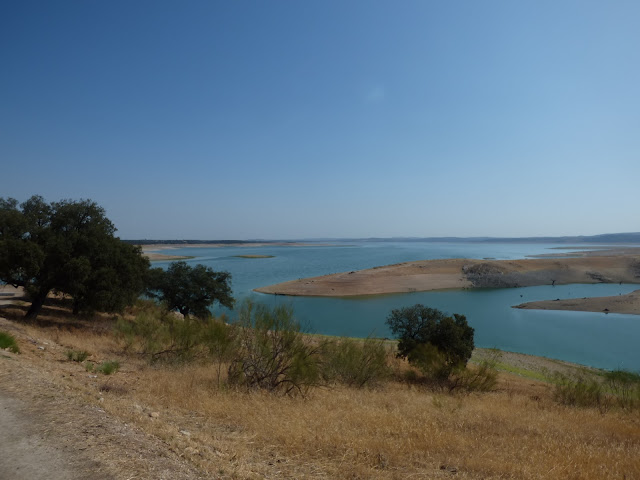 The Romans were the first to value the site which was then left neglected until Hugo Obermaier, a German priest and archaeologist enthusiast visited it in the 1920s. He excavated the site and took whatever treasures could be moved back to Germany where they are displayed in a museum in Munich.
The stones themselves were left in situ and disappeared beneath a reservoir when a dam was built in 1963.
We also visited a Roman site, Augustobriga, further along the shores of the lake. Originally the site of Augustobriga was further down by the banks of the Tajo river, it was moved stone by stone to its present site when the valley was flooded to make the reservoir unlike the fate of the menhirs.
All that is left are some columns belonging to the temple of La Cilla, know locally as Los Marmoles even though the construction is of granite 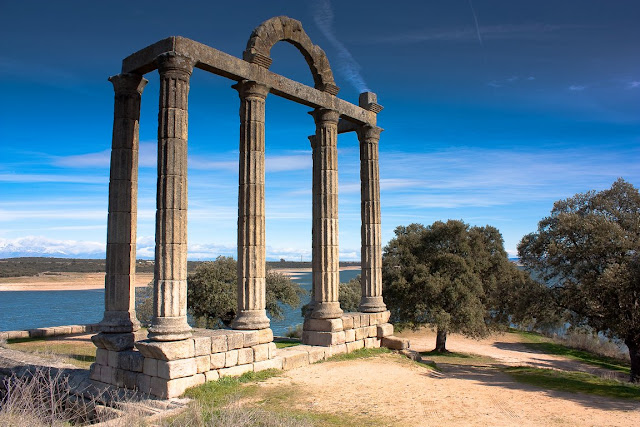 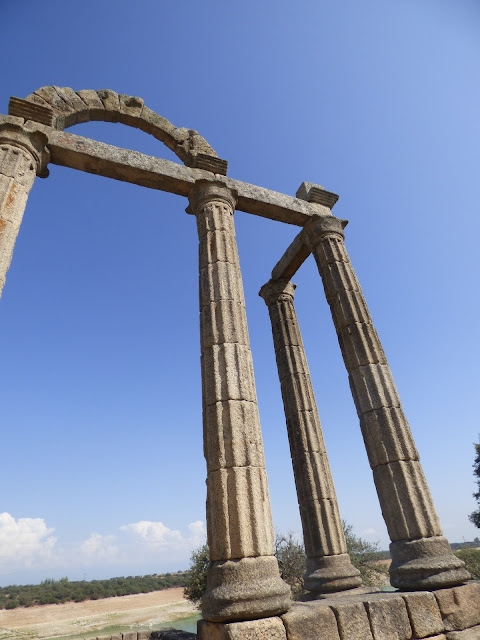 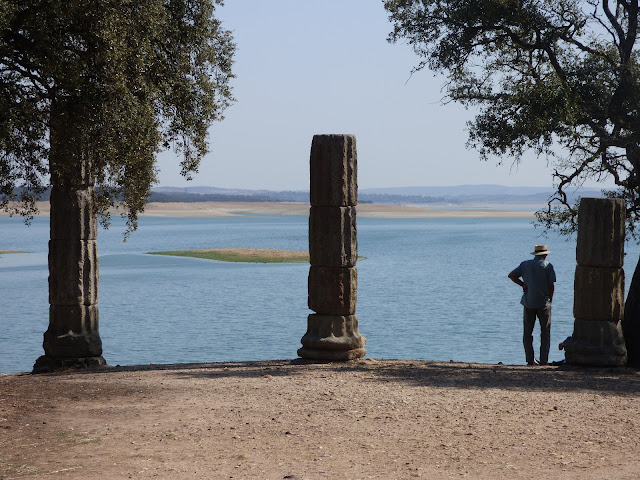 Email ThisBlogThis!Share to TwitterShare to FacebookShare to Pinterest
Labels: birdwatching in Extremadura, Excursion from Finca al-manzil, Megalithic, walking, Walking Through the Centuries